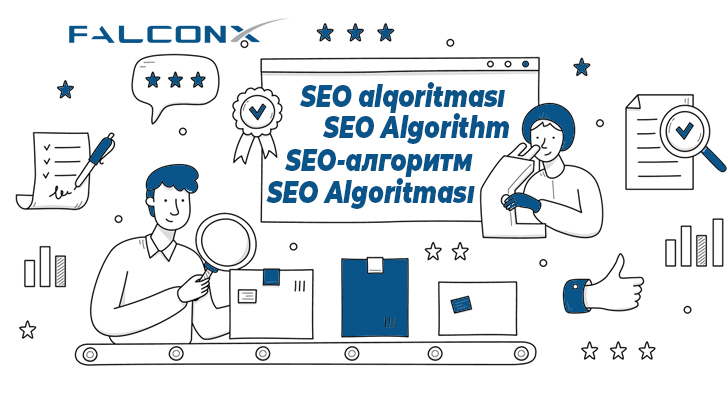 Google is constantly making updates and the updates called Panda, Phantom, Penguin, Florida on SEO are processed with SEO algorithms. The actions to be made in such updates will provide many advantageous contents of the companies with the core algorithm update and benefit the brands with features such as further improvement in search engine results.

If we analyze the core structures that have been updated, let's learn a little bit about what kind of innovation has come, what actions should be taken within the site, and for which sectors there are updates.

Updates such as the Core Algorithm are not made very often, but when such updates are made, there can be very large changes. For these reasons, there are high-quality sites on search engines on the websites where revisions can be made after each update. What recommendations will we have after the update?

- Precautions should be taken against spam on the sites.
- Search Console ie Google Tools verification required
- It is the most important factor to have a high speed of the site and to update the site content and to add change dates.
- If there are problems with site performance with Google Lighthose, they should be fixed.
- Creating content in a strategic structure according to queries by users
- Creation by original and expert people while creating content texts

Google is constantly updating its algorithm and continues to list good, quality and most accurate search results by users. It publishes an estimated 50 updates every month without notifying the site owners. For example; A total of 90 improvements were made in February and March, and in addition to these changes, an update for the fight against Webspam was released in April. What would be the most important innovation of the Penguin update in the results of SEO applications?

The Panda update by Google continues to innovate for testing and improving algorithms. The reason for the rapid decline in hits on sites recently was a renewal movement that came with the Panda 3.0 update. In 2011, Google made statements that it would add more than one different algorithm and improvements would be made with the Panda update. Therefore, until 2012, Google tried to remove non-original sites from the search results on the search engine, and many sites were affected by these updates, but what were the effects?

It is the expected update by Google, which mentions that a very serious algorithm will be changed in the near future. The Phantom update, which was added to require websites belonging to large companies to be suitable for Google's mobile variations and to remove sites that do not comply with this variation, affected the entire web agenda with an update to the core algorithm.

Phantom: It is the name of the kernel update made through Google and without any information or warning.

After the update, it has been revealed by experts that Google's marking as "spam" if it does not comply with mobile compatibility and sites such as Answer, wikiHow will not be affected by this.